DALLAS, TEXAS, July 30, 2018 – CoVerica, a Dallas-based Insurance Agency, has had two of their agents named in the August 2017 D Magazine Best Insurance Agents issue for the second year in a row. Last year Dustin Rivera was given these honors and for this this year, CoVerica was proud to have two agents named to this prominent award. For 2018, both Josh Jones and Dustin Rivera were named by the high-end Dallas magazine as one of the Best Insurance Agents in Dallas. This is Josh Jones’s first year receiving the award and this makes the second consecutive year for Dustin Rivera to take the D Magazine honors.

Josh Jones is a Dallas-based Insurance Agent that focuses on business owners and their “total risk assessment.” Since Josh speaks both sides of insurance, commercial and personal lines, he’s able to assess a business owner’s exposure from both their business exposures and their personal life to create a complete insurance portfolio. He’s amassed a list of clients ranging from entrepreneurs, restaurateurs, doctors, and business professionals. Josh has earned his CLCS designation showcasing his commercial insurance coverage knowledge.

Dustin Rivera has been a personal lines titan for CoVerica since joining the firm in 2010. The Southern Methodist University alum has been insuring high net-worth individuals, luxury homes, auto, and jewelry collections since joining our personal lines team. Coupled with insurance markets like AIG Private Client, Chubb Insurance, Nationwide Private Client and Pure Insurance (along with over 20 standard markets), Dustin has been able to insure over 980 Million Dollars of real estate throughout the southern United States. Dustin is a six-time award winning agent at CoVerica and this marks his second year being named as a D Magazine Best Insurance Agent.

CoVerica was founded in 1983 and will celebrate its 35th year at the end of 2018. CoVerica offers value through competitively priced insurance options and alternatives for Business Insurance, Personal Home Insurance, Car Insurance, and High-Net Wealth Insurance. Additional CoVerica information may be obtained by contacting Leif Hurst, Director of Marketing at CoVerica, 5999 Summerside Drive, Suite 200, Dallas Texas 75252, telephone number (972) 490-8800, or by visiting CoVerica’s website at www.coverica.com. 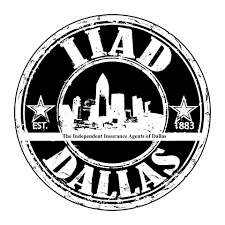